Tonight
Mostly cloudy, with a low around 16. Blustery, with a north wind 15 to 20 mph, with gusts as high as 30 mph.
Saturday
A 30 percent chance of snow, mainly after 11am. Cloudy, with a temperature falling to around 9 by 5pm. Wind chill values between -5 and 5. Northeast wind 10 to 15 mph.
Saturday Night
A 50 percent chance of snow. Cloudy, with a low around -5. Wind chill values between -10 and -20. East northeast wind 5 to 10 mph.
Weather forecast provided by weather.gov.
Search

Your session will expire in 0 minutes. 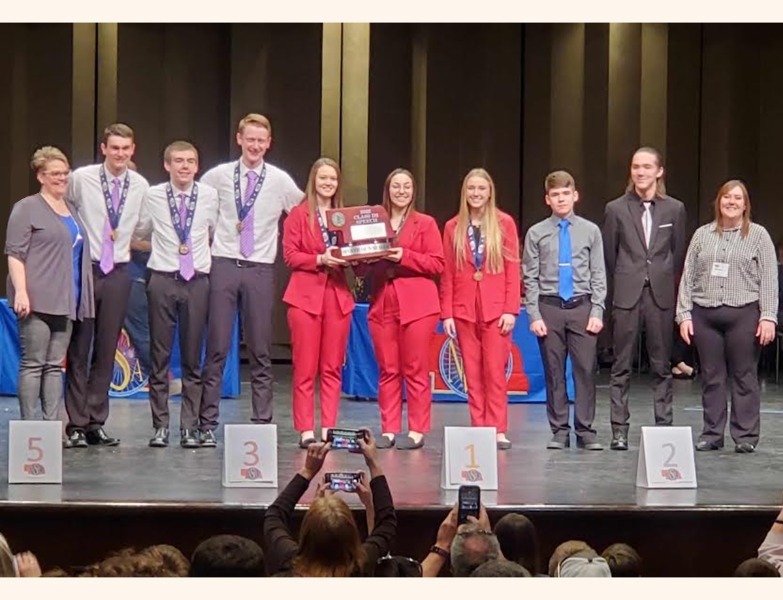 The Potter-Dix Speech team had a successful season. The team was coached by Chandell Oleson and assisted by Morgan Boots. The team was named MAC champions at the Minuteman Conference competition. Each member made it to their finals round in at least one of their events. They then went on to the District Championship with a hopeful outlook. The same event of each member making it to their finals round reoccurred at Districts. The team did well in their events and had eight out of the ten members qualify for the State Speech Tournament. The boys' OID (Luke, Gunnar, and Zach) brought home gold when their speech was named first place. In Humorous Prose, Gunnar's earned second place and Kendal's earned a sixth place finish. Zach's entertainment was named third place. In Duet Acting, Luke and Gunnar's duet finished in fourth place followed by Jayden and Kendal's duet in fifth place. Ana finished in 5th place in Persuasive Speaking. Overall, the team had an successful season and finished the year with a State Runner-Up trophy. Congratulations.